Where Does the Weight go when you Lose Weight?

If you were to stop eating for a few months (disclaimer: I do not recommend this) you would lose, as a rough estimate, around ¾ of a pound of weight per day. This rate of weight loss would likely be faster for the initial few days, as carbohydrate storage, which is stored in the form of glycogen, is depleted and any undigested food in the intestine is eliminated.

When I say “lose weight” I am referring to storage energy in the form of body fat. This is the type of weight many of us want to lose a few pounds of, but when you lose it, where does it go? A surprising amount of people don’t know the answer to this question. Some will say you sweat it out or pee it out and many will say that you burn it as energy. The “burn it as energy” answer is popular but it defies a basic law of chemistry, that mass cannot be created or destroyed but can be changed from one form to another. It’s true that burning fat releases energy, such is the nature of all chemical reactions, that either absorb energy or release energy.

The energy that is contained in food comes from the sun. Plants have the ability to use the sun’s energy to combine carbon dioxide and water to make glucose.

Glucose can then be converted by the plant to other calorie containing substances such as starch, fats and proteins. The latter also involves nitrogen from the soil.

The photosynthesis reaction is a clue to where the weight goes when we lose weight since the inputs in photosynthesis are the outputs in burning fat as energy. Both carbohydrates and fats are made up of the elements carbon, hydrogen and oxygen. When combined with the oxygen we breathe, the body can create a chemical reaction to release the energy contained in the fat. The resulting outputs are……..drumroll………water and carbon dioxide. This equation is shown below, where you can see the outputs from burning a triglyceride (compound of fat stored in the body) are carbon dioxide (CO2), water (H2O) and energy.

As a side point, this energy is used to create ATP, which is ultimately our body’s energy currency.

If you work out the percentage of the stored fat that is converted to carbon dioxide when burnt, it works out at around 84% of the weight, with the remaining 16% being converted to oxygen.

Chemical Equation for burning a molecule of triglyceride (fat):

So there you have it. When you lose fat mass, you actually breathe the majority of this weight out as carbon dioxide gas. So if you want to lose weight can you just breath faster? While I don’t recommend hyperventilation as a weight loss strategy it of course makes sense that exercise results in faster breathing since you are burning calories at a higher rate than normal. When we burn calories we tend to burn a mix of carbohydrate and fat and this ratio can depend on several factors such as the intensity and length of the activity. Any exercise that increases your breathing rate above your resting respiratory rate may help to lose weight faster. This does not necessarily have to be too intense since a brisk walk that elevates your breathing rate by 30% can be maintained for a lot longer than intense exercise that dramatically increases your breathing rate.

It can however be a slightly depressing read to see how long you need to exercise for at various intensities to burn off the calories in a croissant. So while exercise can be a great tool for weight loss, the most important factor to successful weight loss may be the calories consumed on a day to day basis. 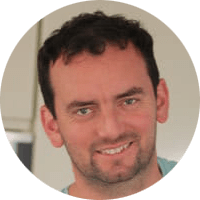